If you had to make a bet on who wins the 2021 College Football Playoff national championship a pretty good bet would be on either Alabama or Clemson, but at +300 and +350 respectively, the payout on either aren’t exactly great.

At least over 11 months before the playoff is set to begin.

So who is worth taking a flier on if you’re looking to hit a big payday?

Or who might at least get off to a hot start that would allow you to potentially sell a ticket?

Here are five teams to consider taking a flier on who all have at least a +1500 payoff now on BetMGM, The King of Sportsbooks. 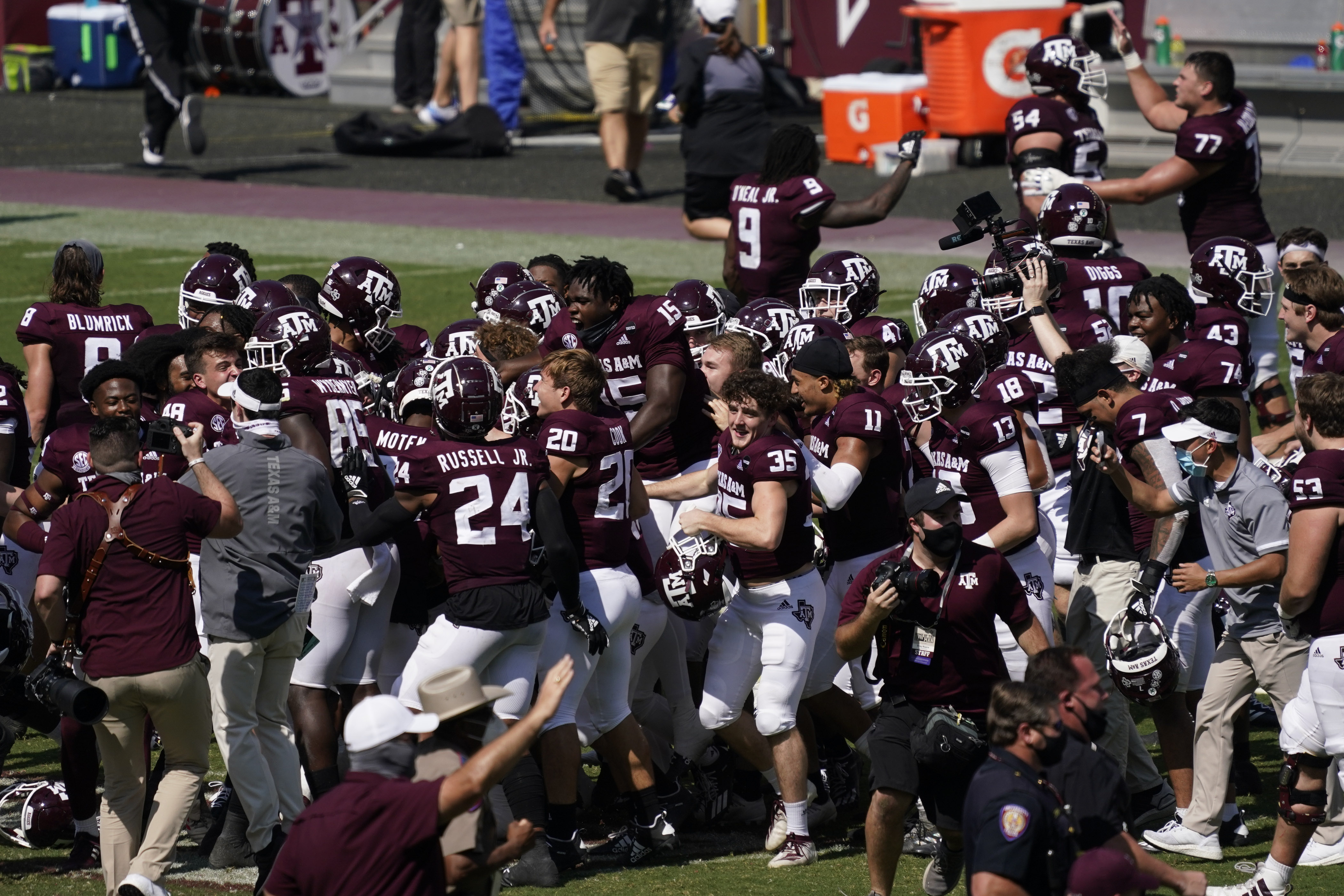 Replacing a quarterback who played in 46 games over the last four seasons is a tough task but the Aggies should be a pre-season top-ten team that gets relief on the schedule, having to travel to only Colorado, Missouri, Ole Miss, and LSU.

Texas A&M should be a considerable favorite in their first five games before Alabama comes to town for what could be the Tide’s toughest match-up of the regular season, as the Aggies bring back much of what was the SEC’s best defense in 2020. 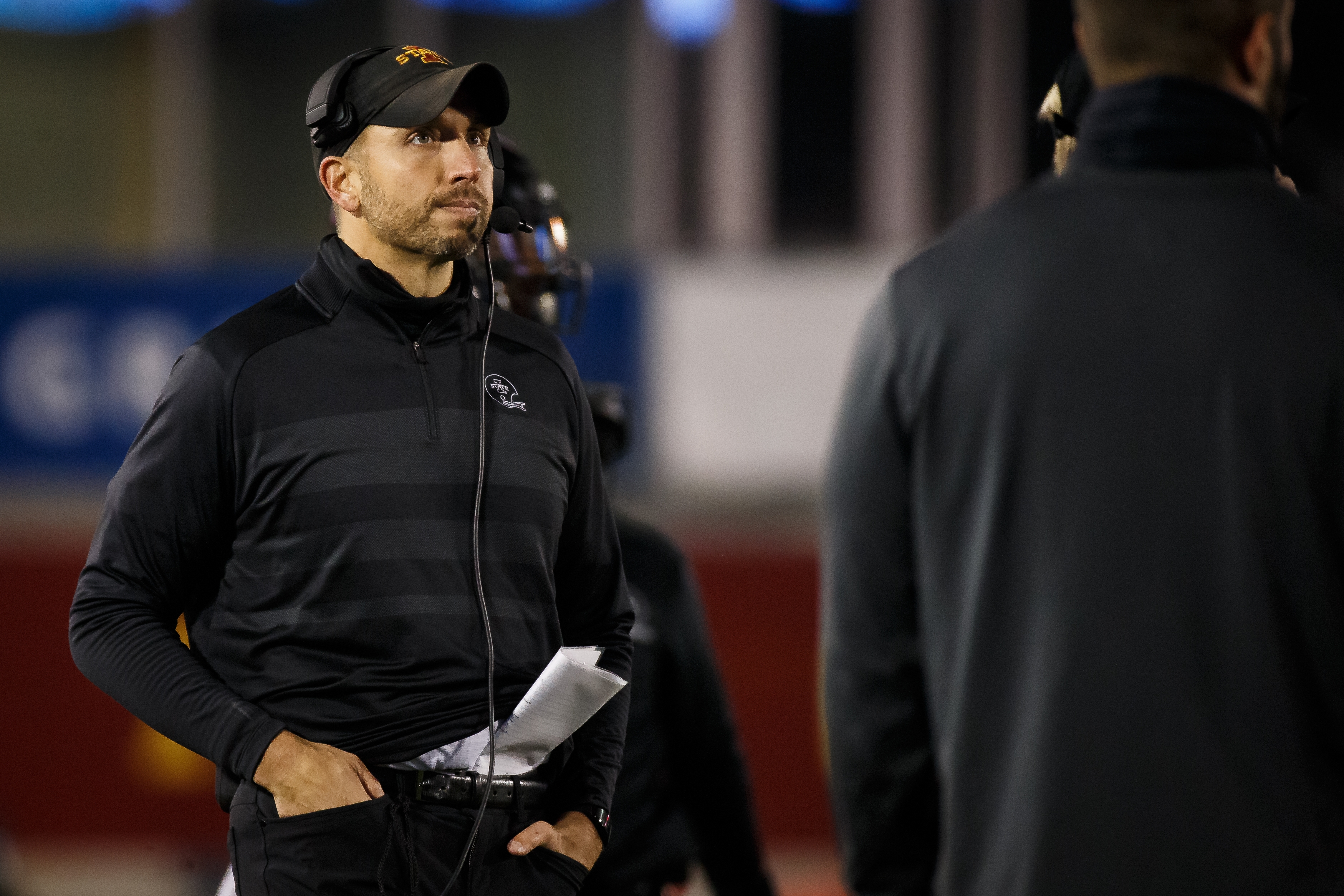 Part of me is scared to death typing this as Iowa State opened their 2020 season with a dud, losing at home to Louisiana, but Matt Campbell has the Cyclones humming.

The reigning Fiesta Bowl champions return 18 starters from a team that beat Oklahoma last regular season before nearly pulling off an epic comeback against the Sooners in the Big 12 Championship.

Quarterback Brock Purdy and tight end Charlie Kolar both returning is huge and getting all of Iowa, Oklahoma State, TCU, and Texas in Ames only help their chances.

A trip to Oklahoma during the regular season will be tough but the Cyclones enter 2021 with realistic conference championship expectations – which would mean a possible trip to the CFP and a big payoff for early backers. 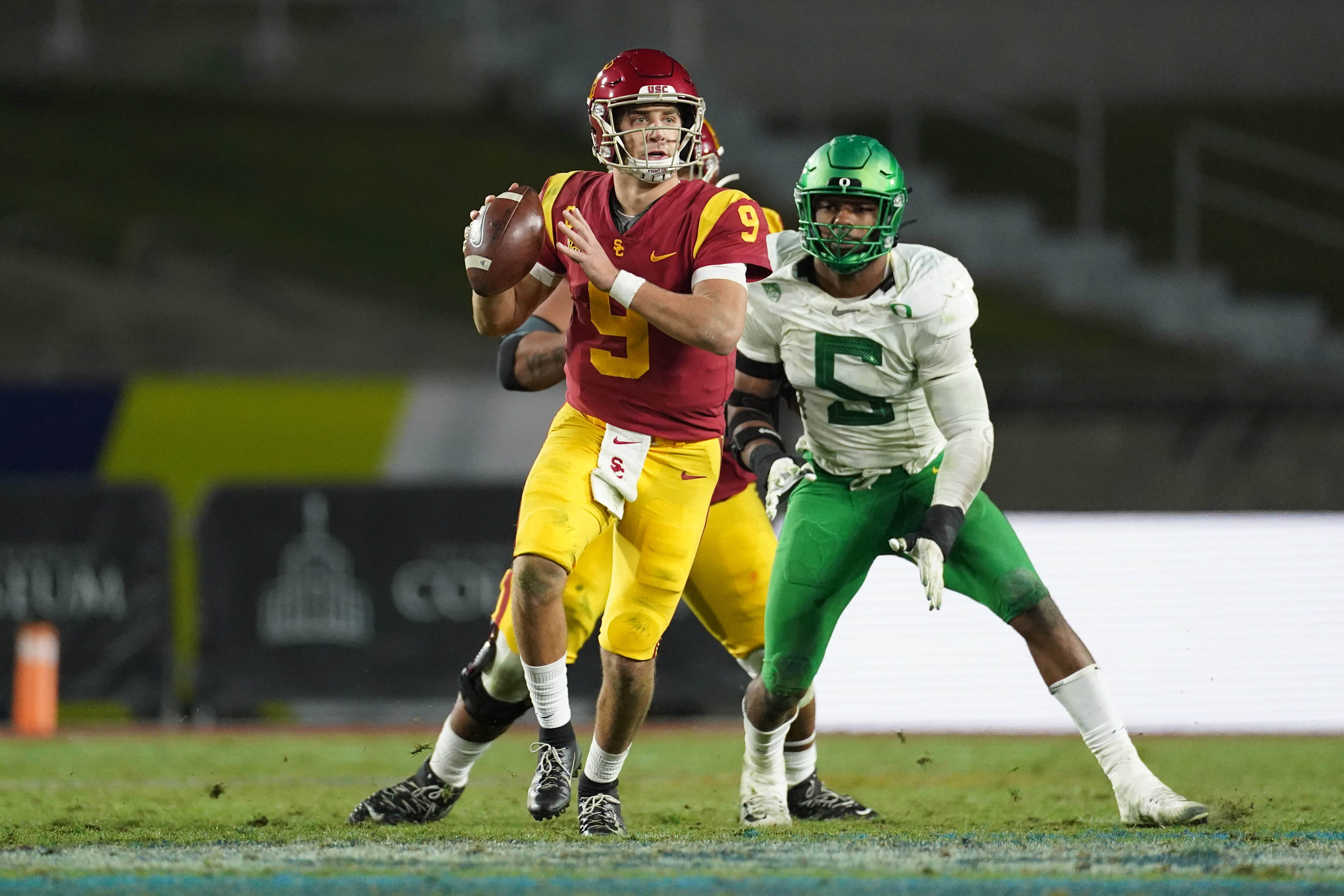 Kedon Solvis leads a USC team that was one of the more entertaining teams in 2020, seemingly putting together an epic fourth-quarter comeback weekly.

USC managed to go 5-1 with their only loss coming in the Pac-12 Championship against Oregon, a game they hadn’t played in since 2017.

Solvis heads 16 returning starters for a Trojans squad that will be heavily favored to again win the Pac-12 South. A trip to Notre Dame on October 23 will be a difficult task for a team that averaged just 97.3 rushing yards per game in 2020, 120th best nationally.

Betting on Clay Helton to exceed expectations certainly isn’t the easiest thing to do, but there is always a catch, right? 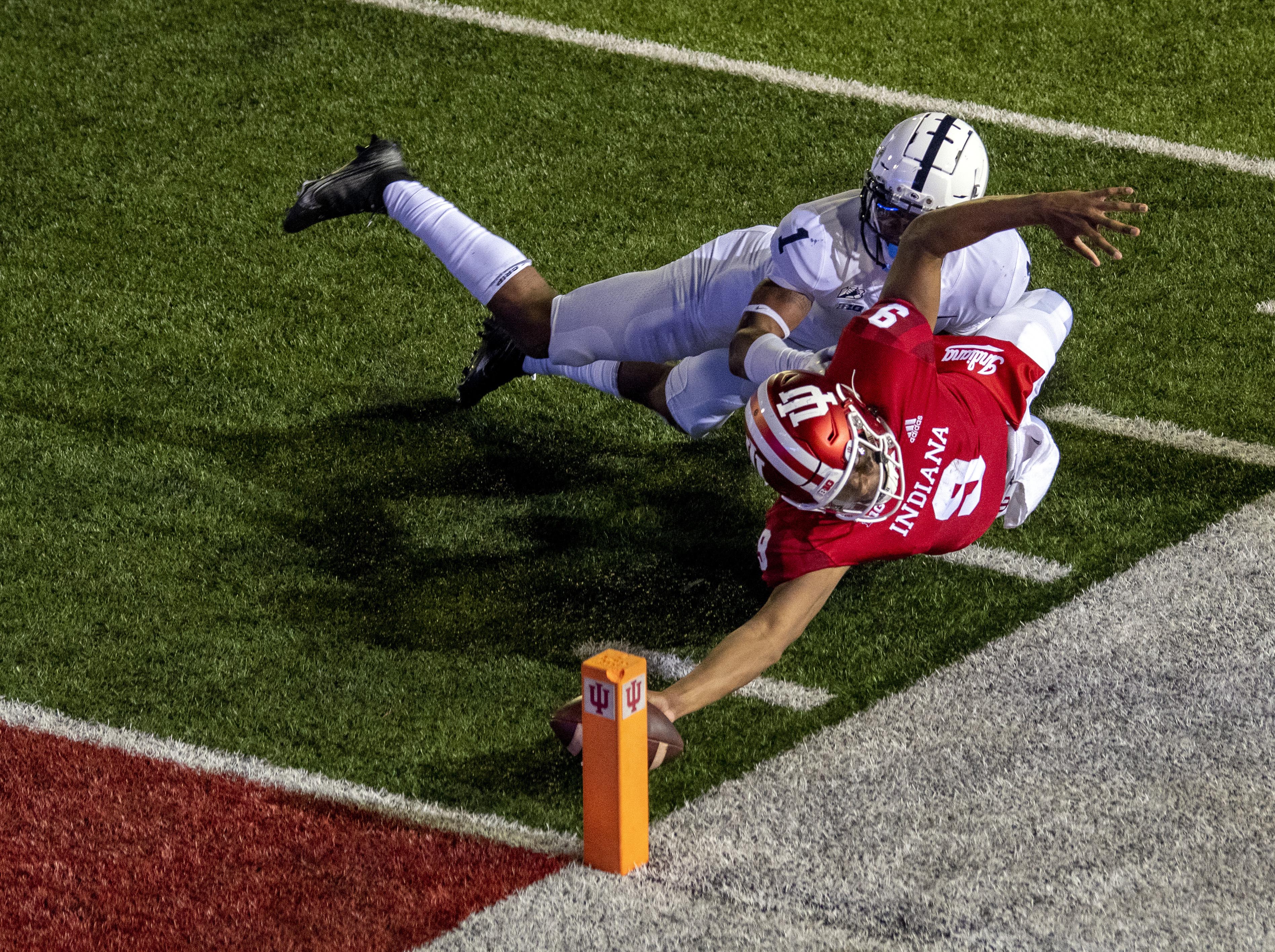 The Hoosiers were one of the best stories in college football in 2020 and are set up to do more of the same in ’21.

Indiana’s only losses were at national runner-up Ohio State and in the Outback Bowl when they were playing without starting quarterback Michael Penix.

The Hoosiers had one of the nation’s best secondaries last year and as they return 19 starters it’d appear Indiana is headed towards grander heights in 2021.

The schedule isn’t the easiest as trips to both Iowa and Penn State await, but home games against Cincinnati, Michigan, and Ohio State all offer chances for the Hoosiers to make a splash nationally.

Michigan and Penn State are bigger name brands as both are listed at +5000 now, but you can take advantage of the off-brand Hoosiers who seem to only be listed at +10000 because of their name. 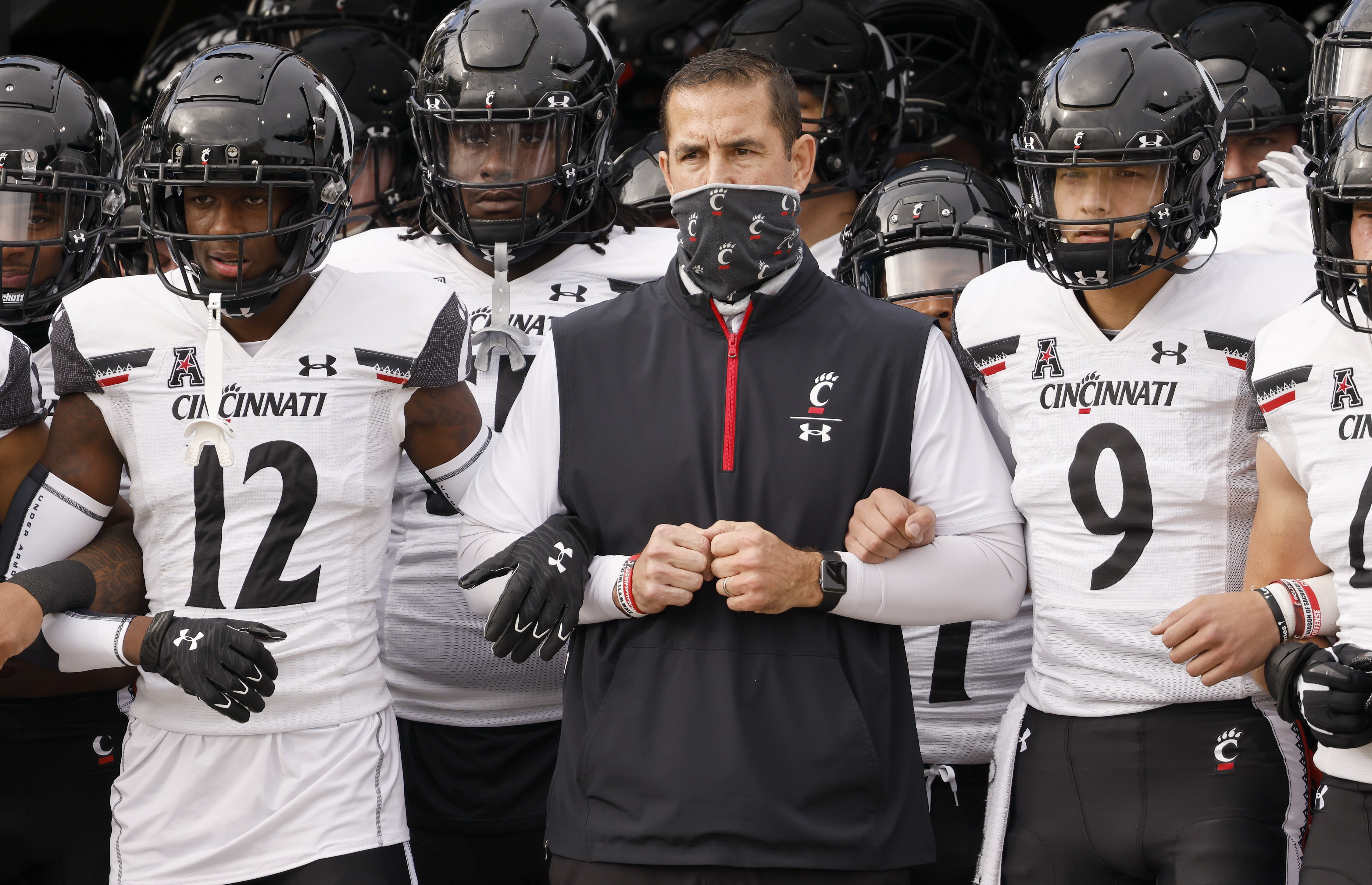 The College Football Playoff committee gave Cincinnati less than no respect in 2020 as they ranked the unbeaten Bearcats seventh in the final regular-season standings.

If Cincinnati is able to again run the regular-season table this year they’ll have to be noticed by the CFP because that would mean they had road wins at both Indiana and Notre Dame.

Defensive coordinator Marcus Freeman is off to Notre Dame but the Bearcats return quarterback Desmond Ritter and 14 other starters on a team that has won 31 games over the last three seasons.